As a native Brooklyn graffiti writer, AC2 has noticed how the canvasses in his neighborhood have changed over the years. In the 1990s, he painted the walls of the industrial section of Bushwick illegally. He spray painted his tag all over blocks like Troutman Street while walking over needles and crack baggies along the way to his Aunt’s house.

“Graffiti was real big and heavy in Bushwick. There was barely any room to catch a tag,” said AC2 who specifically wishes to only be quoted by his name as an artist. “You had to squeeze in and get it. That’s how much graffiti there was out here.”

In Bushwick, gentrification has significantly affected one aspect of the neighborhood’s culture: public street art. For decades, local graffiti writers from the neighborhood laced the walls of Bushwick with their stylized form of calligraphy. But within the past six years, commissioned murals by building owners highlighting image-based street art, rather than graffiti, have taken over the walls of the neighborhood. Although longtime local graffiti writers from the area are given some opportunities to legally showcase their work, they also see their culture being gentrified and exploited by private interests.

“There are pros and cons to this, I miss the old ways because all this shit is raising up rents and it’s hard to live out here when renting a studio apartment is now like $2,000 a month,” AC2 said.  “This street art made the rents go up and it attracted a lot of tourists. There used to be no coffee shops or restaurants around here. Once the street art started, everything else followed.”

AC2 Writing His Tag On A Canvas

Today, AC2 still paints graffiti on Troutman Street but does but does so legally through  the Bushwick Collective,   a neighborhood mural beautification project that commissions artists to paint the walls of buildings throughout the industrial section of northern Bushwick.  On Troutman, there is little left from those rough days that AC2 remembers. Instead of prostitutes, there are tourists taking selfies in front of the murals that line the street. What used to be a prime street for selling drugs is now a perfect location for a café to hustle a $12 kale salad. And walls that were once filled with the letters of Brooklyn graffiti writers have been taken over by murals of portraits and cartoons from street artists.

“Within these past five years, these walls have changed the most. Now everybody wants to come out here and paint,” said Hops 1, a native Bushwick graffiti writer. “Street art is so oversaturated here in Bushwick and the five boroughs. Everyone thinks the city is their canvas and doesn’t even think of the people who live here and what you put on the walls.”

Click Here To See How Murals Changed One Building In Bushwick

Every summer since 2012 the Bushwick Collective’s curator, Joe Ficalora, organizes a neighborhood block party where artists from around the world are invited to paint the murals that are displayed annually within the collective. The block party is sponsored by a number of companies and has drawn crowds of up to 18,000 every summer. One of the event’s primary sponsors the past four years has been the real estate brokerage Nooklyn, whose business is based in Bushwick.

“Nooklyn became the primary sponsor of the block party because it was literally happening right in front of our office,” said Moiz. K. Malik, Nooklyn’s chief design officer. “We also wanted to give back to the community that created our business.”

However, some residents see the sponsorship of murals as a force that looks to price out the community rather than give back to it.

“Once the neighborhood changes and it’s filled with these murals, people come and feel safer within the neighborhood. The creatives beautify the neighborhood and then they start to raise the rent,” said Bedford-Stuyvesant resident Omar “Sosa” Vasquez. “Those Nooklyn apartments are pretty pricey. When you associate the beautification of this neighborhood with a real estate company they can also use that in their selling point.” 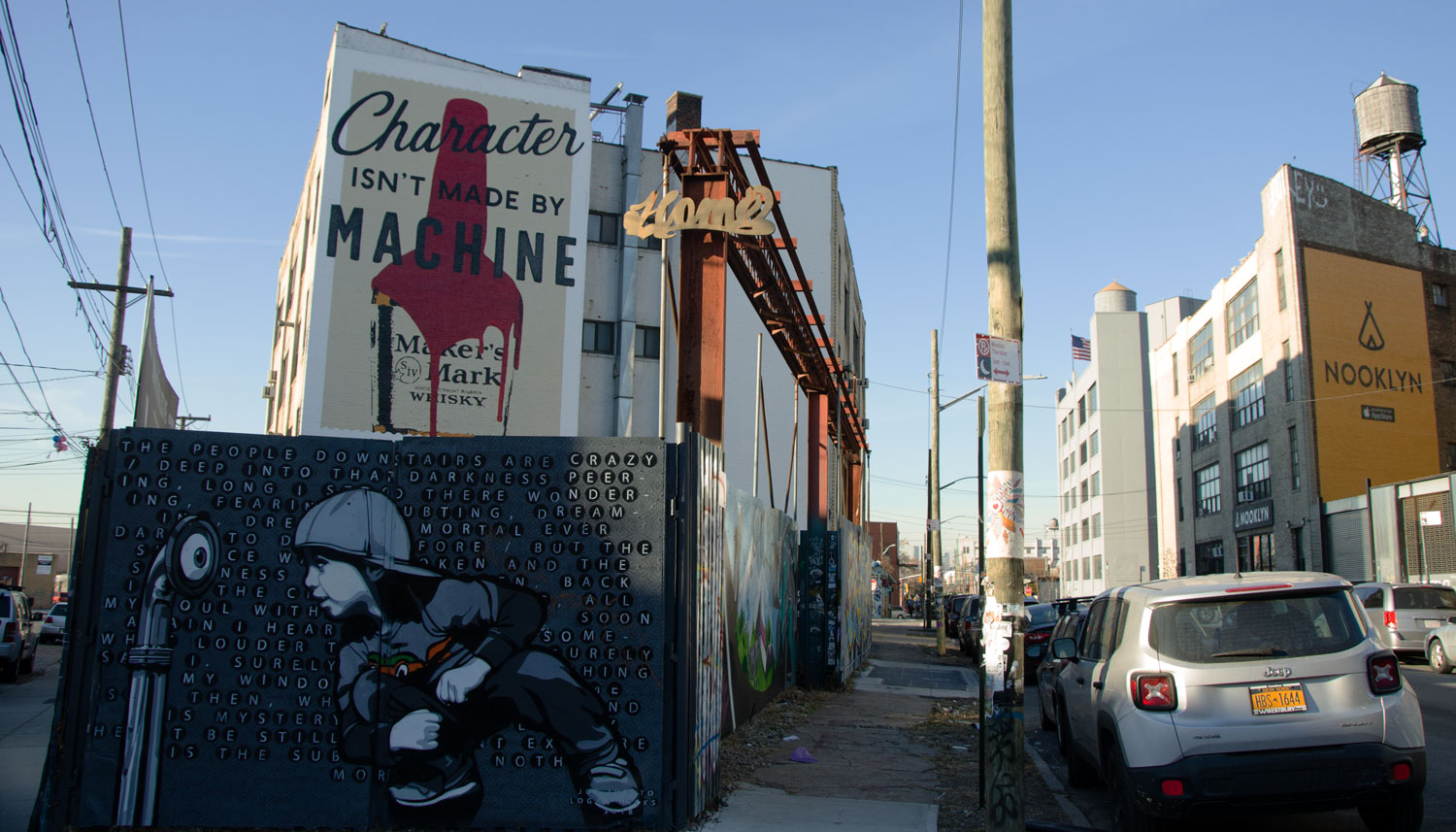 A work of street art by Joe Iurato and Logan Hicks on St. Nicholas and Scott Avenue.  In the background on the right are the headquarters for Nooklyn.

Nooklyn isn’t the only real estate company that has helped support public mural projects. Just a couple of train stops away in Coney Island, the real estate development firm Thor Equities built walls on an empty lot for artists to paint curated murals. On the corner of Houston and Bowery Street on Manhattan’s Lower East Side, a wall that was first painted by Keith Haring in 1982 was later purchased by the real estate developer Goldman Properties. Since 2008, the wall has served as a rotating mural that has highlighted the best in the world of street art and graffiti.

“The model of organizations working with real estate firms and creating mural festivals greatly benefits the developers and firms that are selling and renting units in the neighborhood. Local businesses also get more traffic as a result of the art,” said Alan Ket, a New York City graffiti writer who is now serving as the gallery director of Goldman Properties’ Global Arts’ Gallery in the Wynwood section of Miami.

Like Bushwick, Wynwood was seen as a dilapidated industrial neighborhood within a major city until Goldman Properties began spending millions purchasing old warehouse properties in the early 2000s. In 2009, Goldman launched the Wynwood Walls, a public mural project that turned Wynwood into a mural district and a cultural destination. In 2015 the city of Miami even rezoned Wynwood as the city’s first Neighborhood Revitalization District, establishing regulations to maintain industrial, retail, and residential components while also preserving the neighborhood’s street art.

“Although people are now way more open to having public art done they also know that there is a way to make money off it,” said John “Crash” Matos, a former New York subway graffiti writer whose work is now in the permanent collections of fine art museums around the world. “In the early 1990s, I began working on well-organized mural projects. When we were doing it back then, it was just that we got a wall and we’d go paint it. Now all these projects like The Bushwick Collective have noticed there is a need for this art but also see how money could be made off it.” 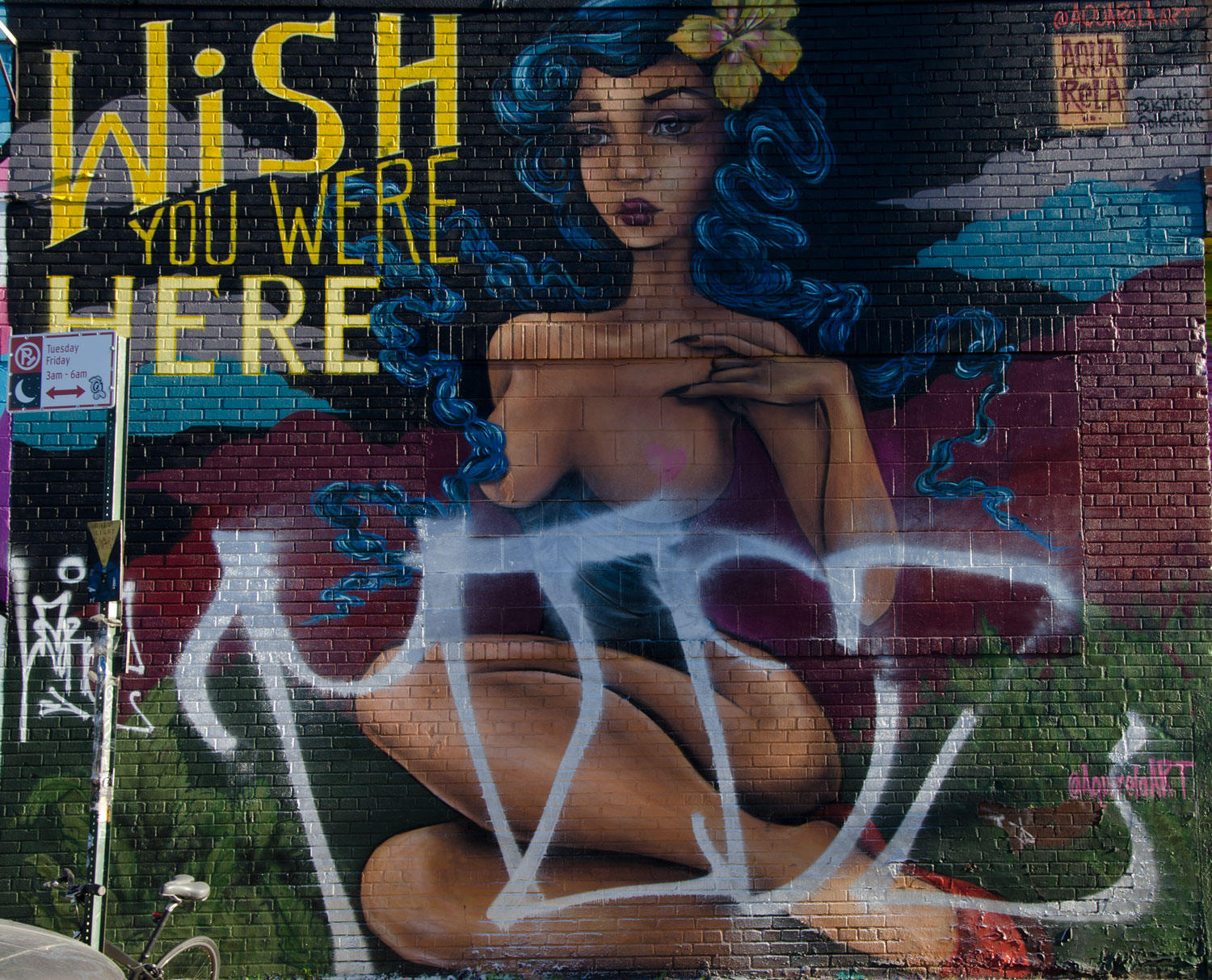 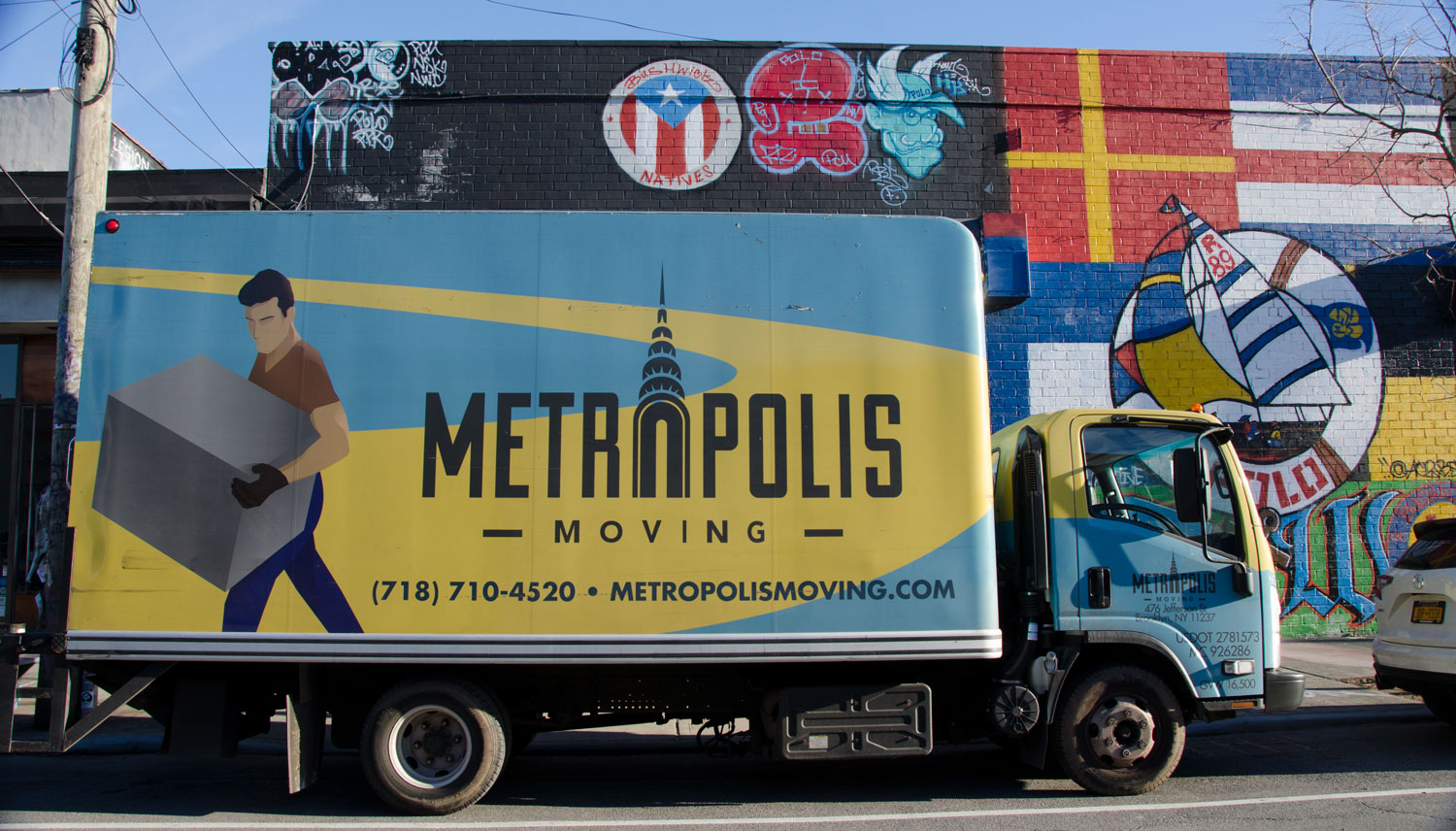 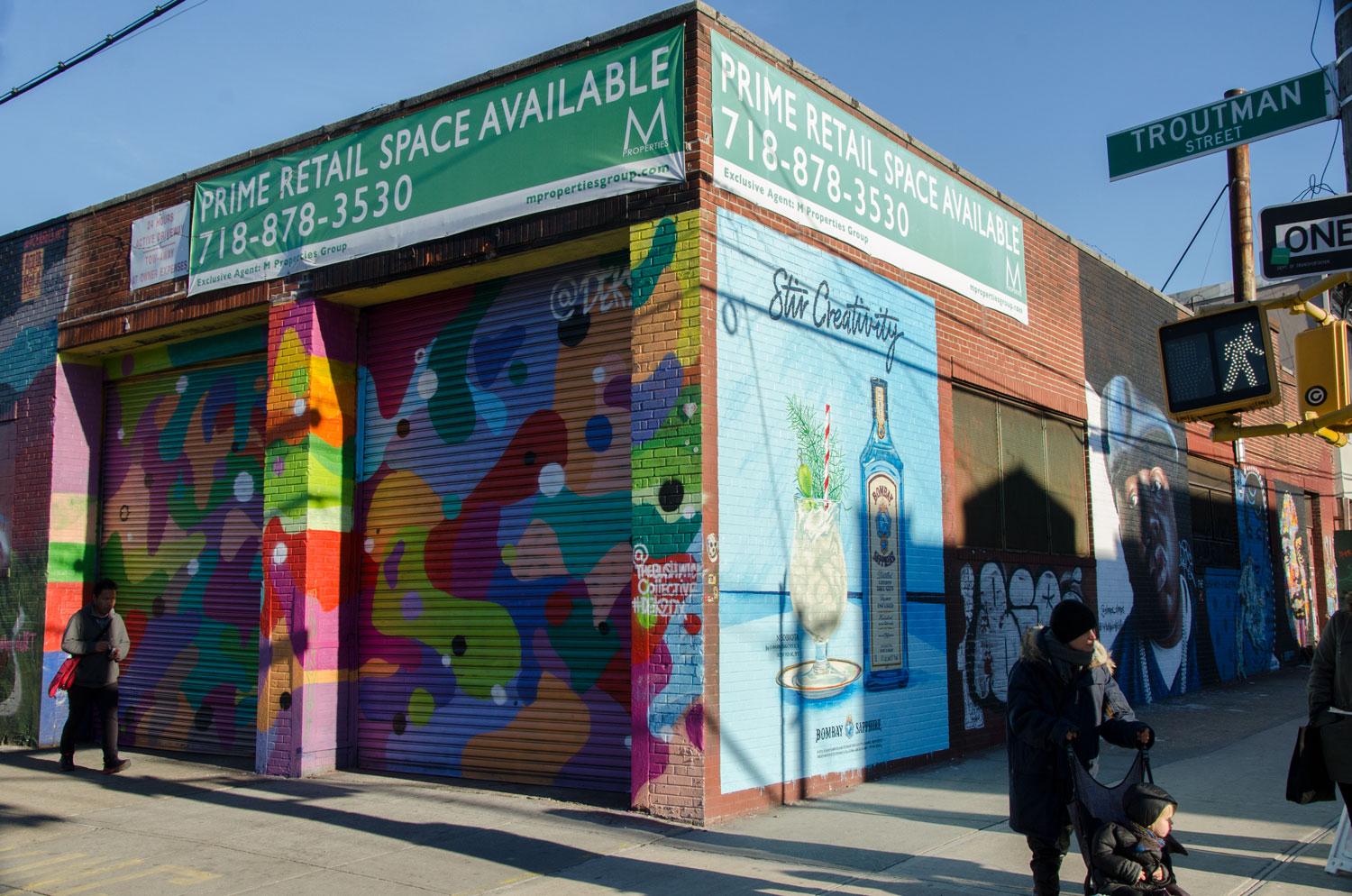 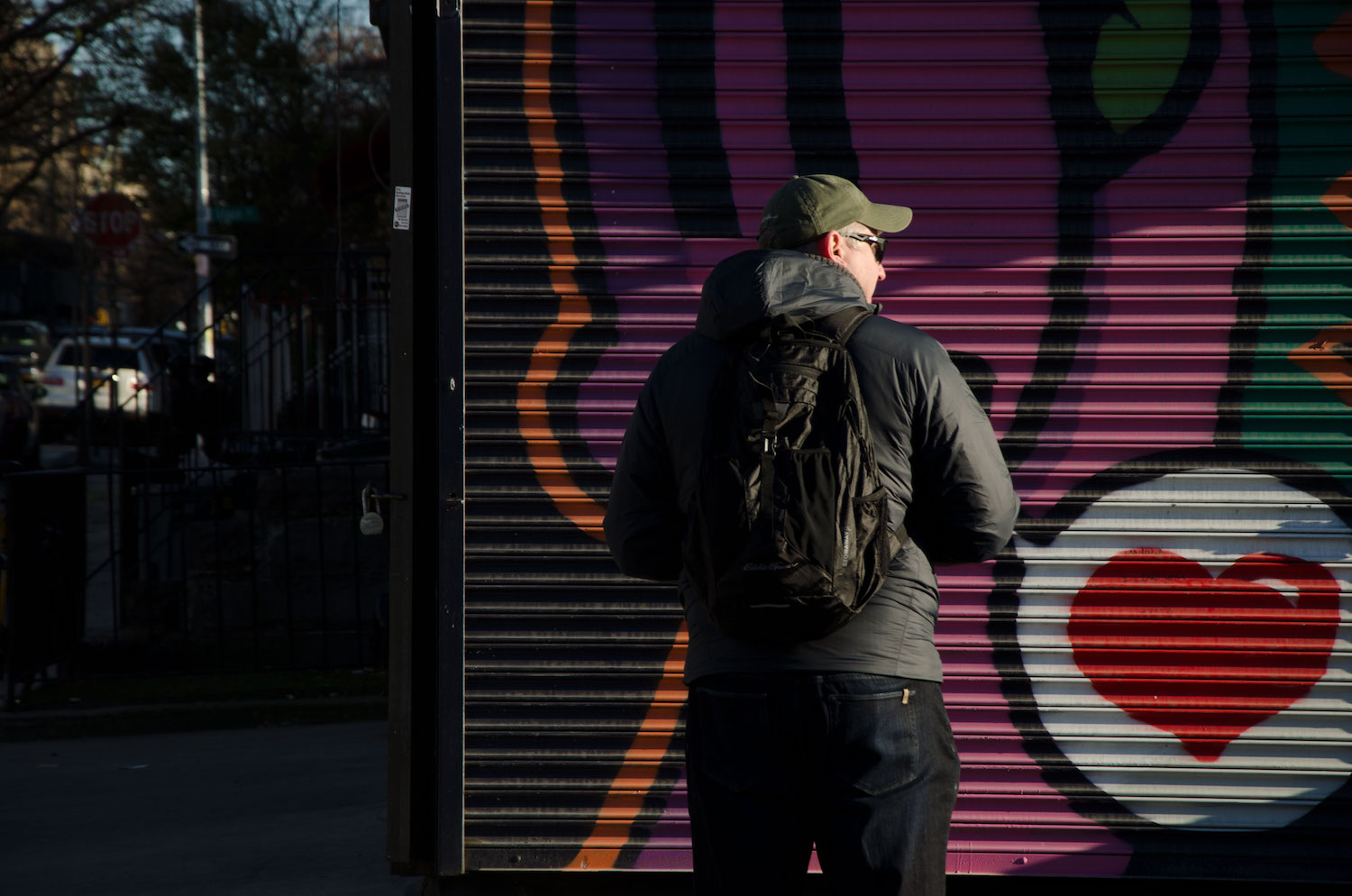 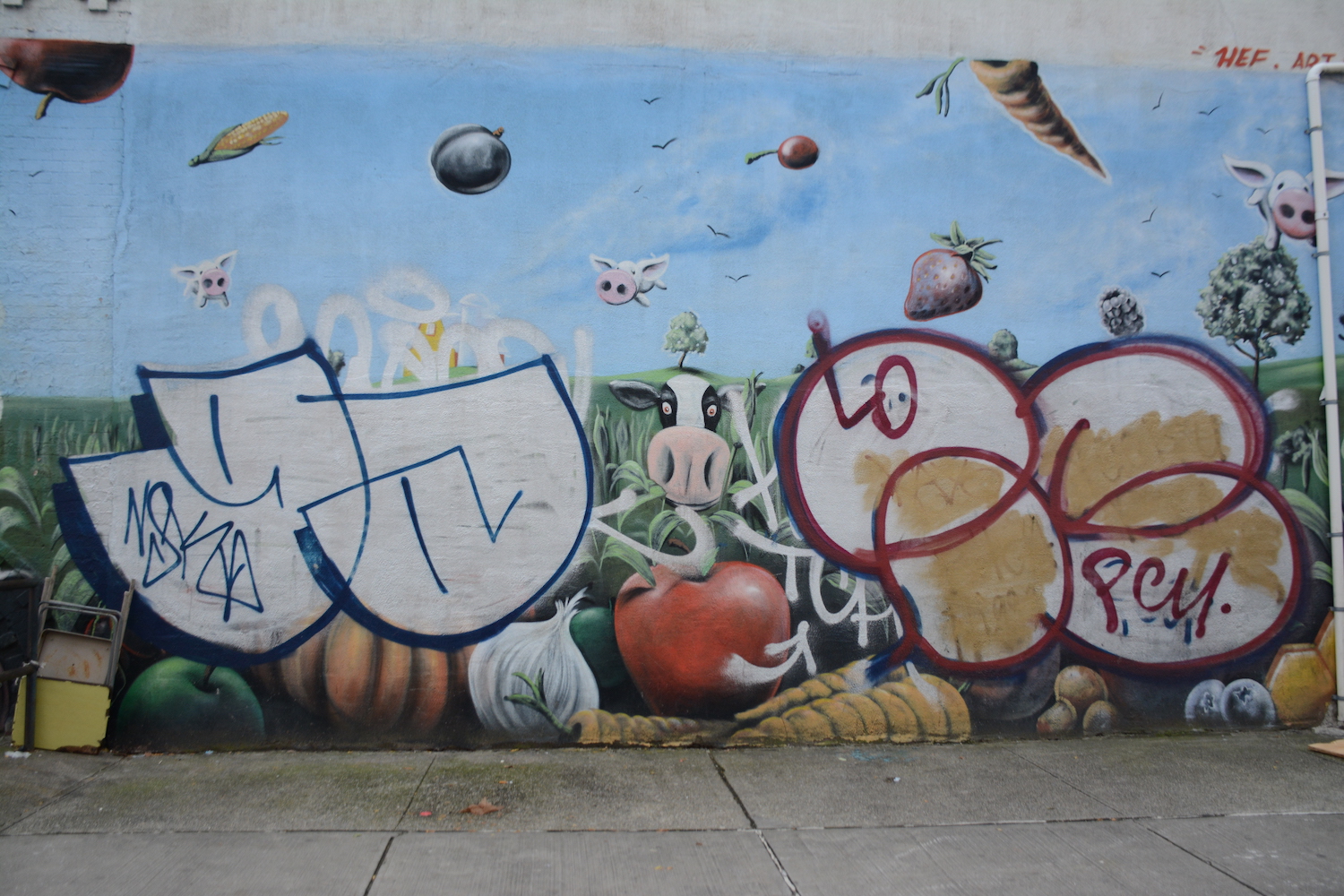 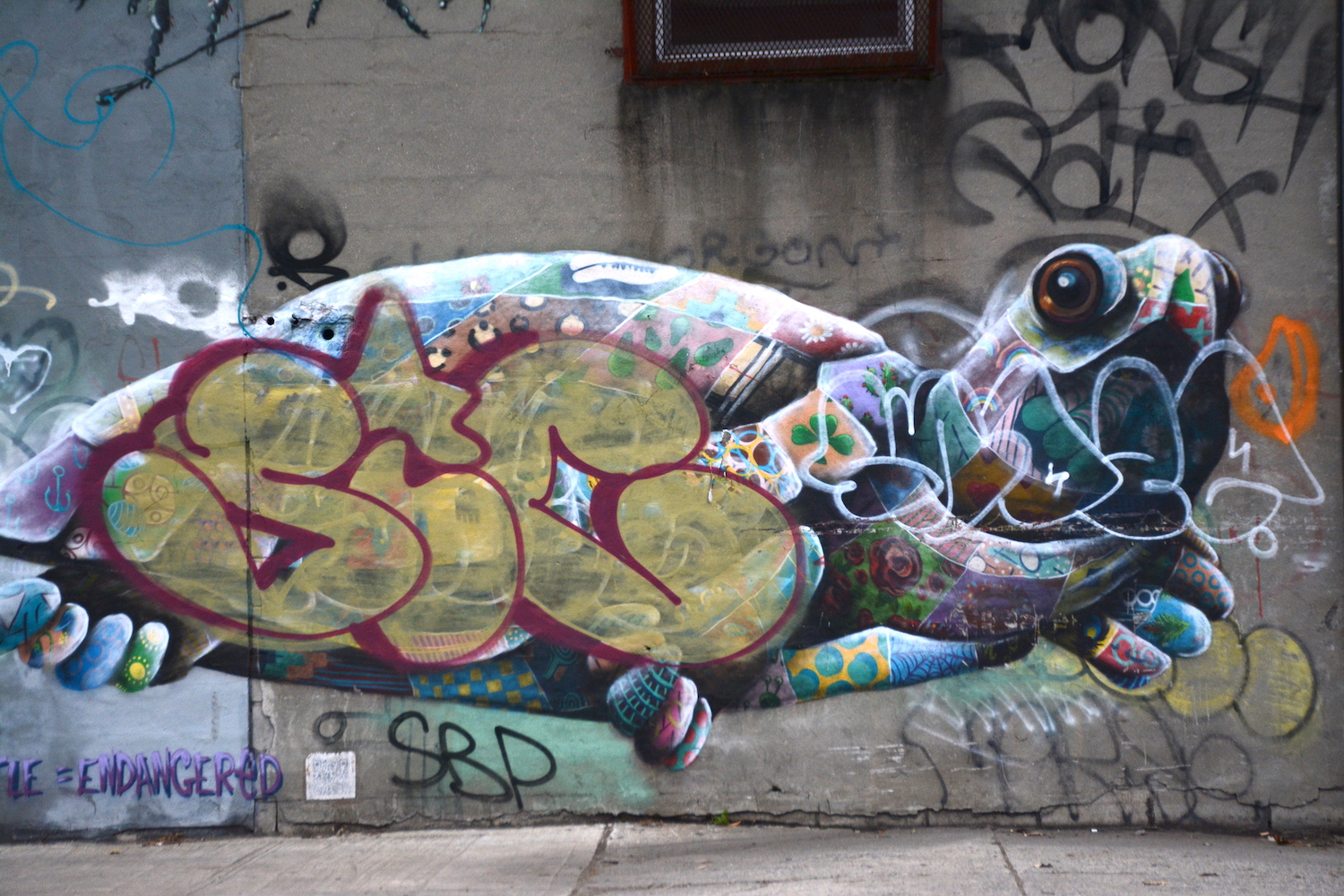 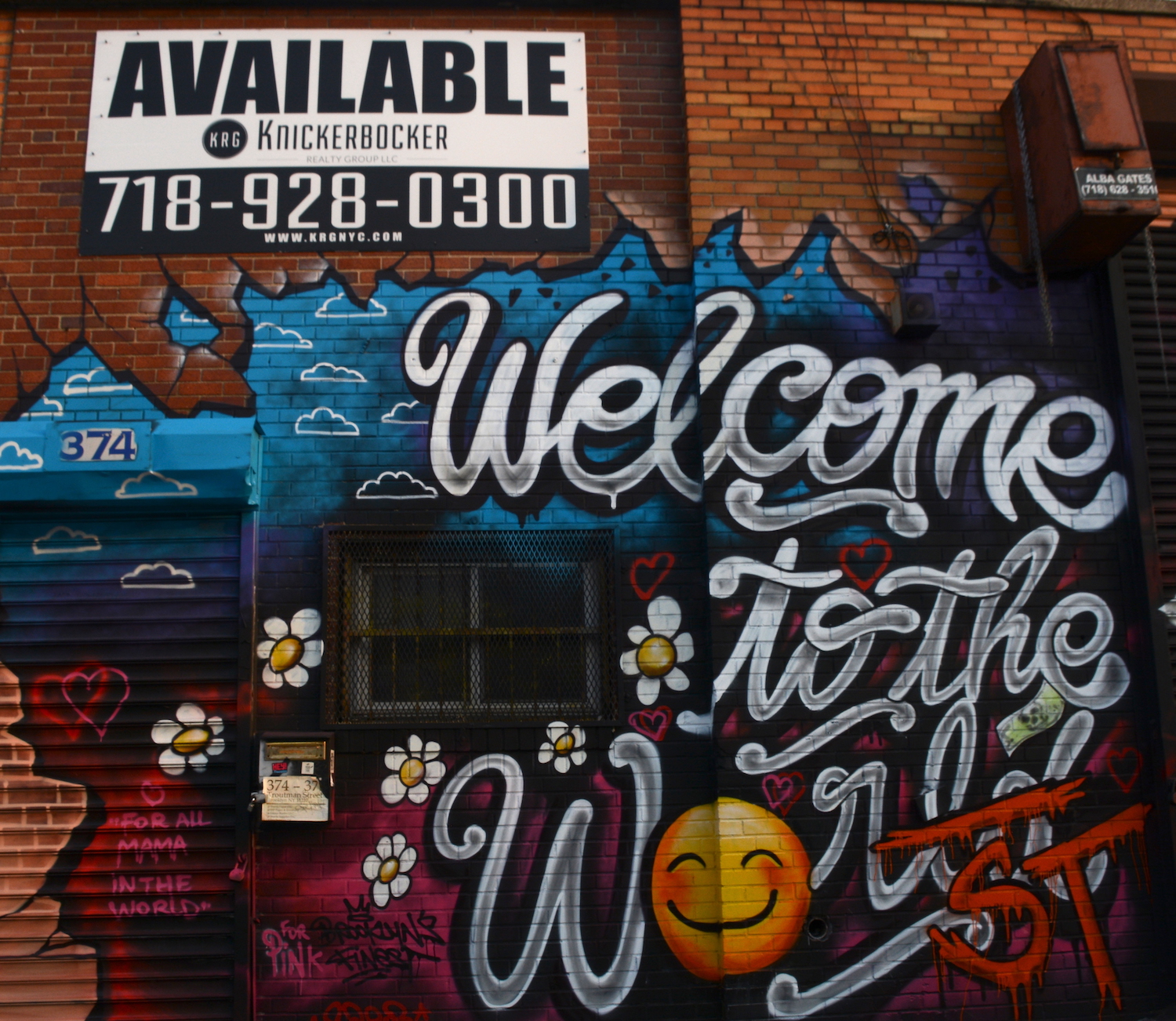 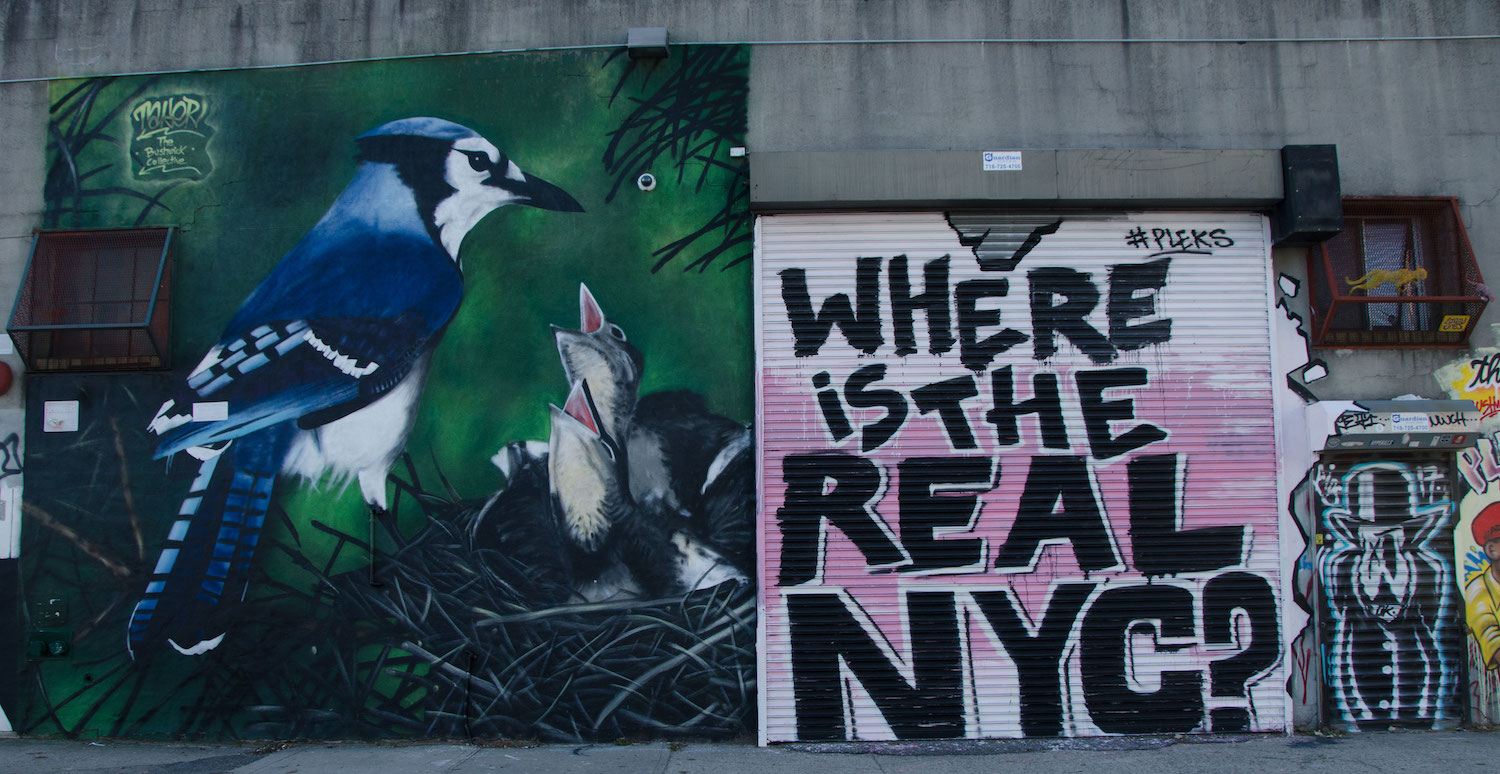 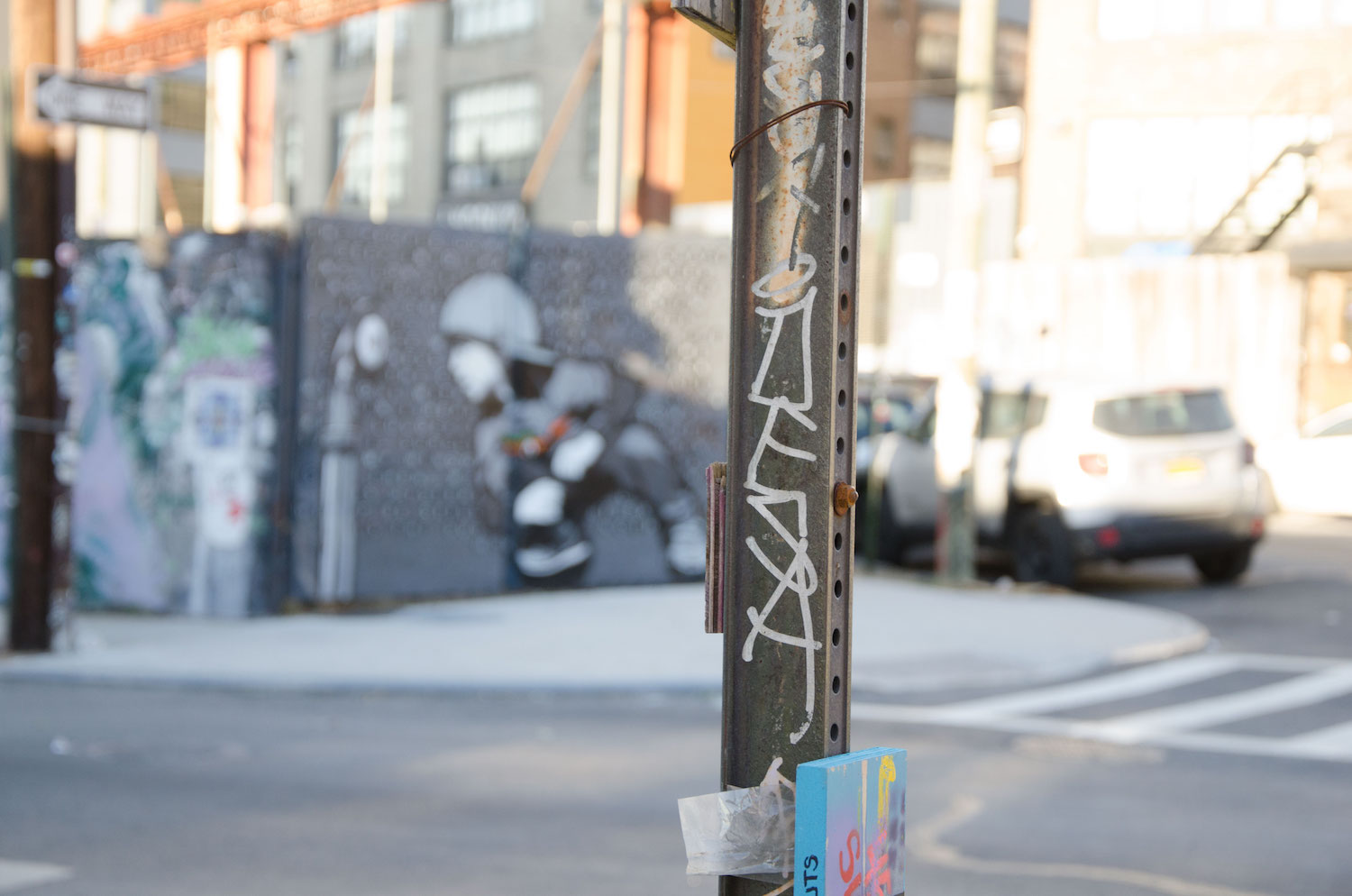 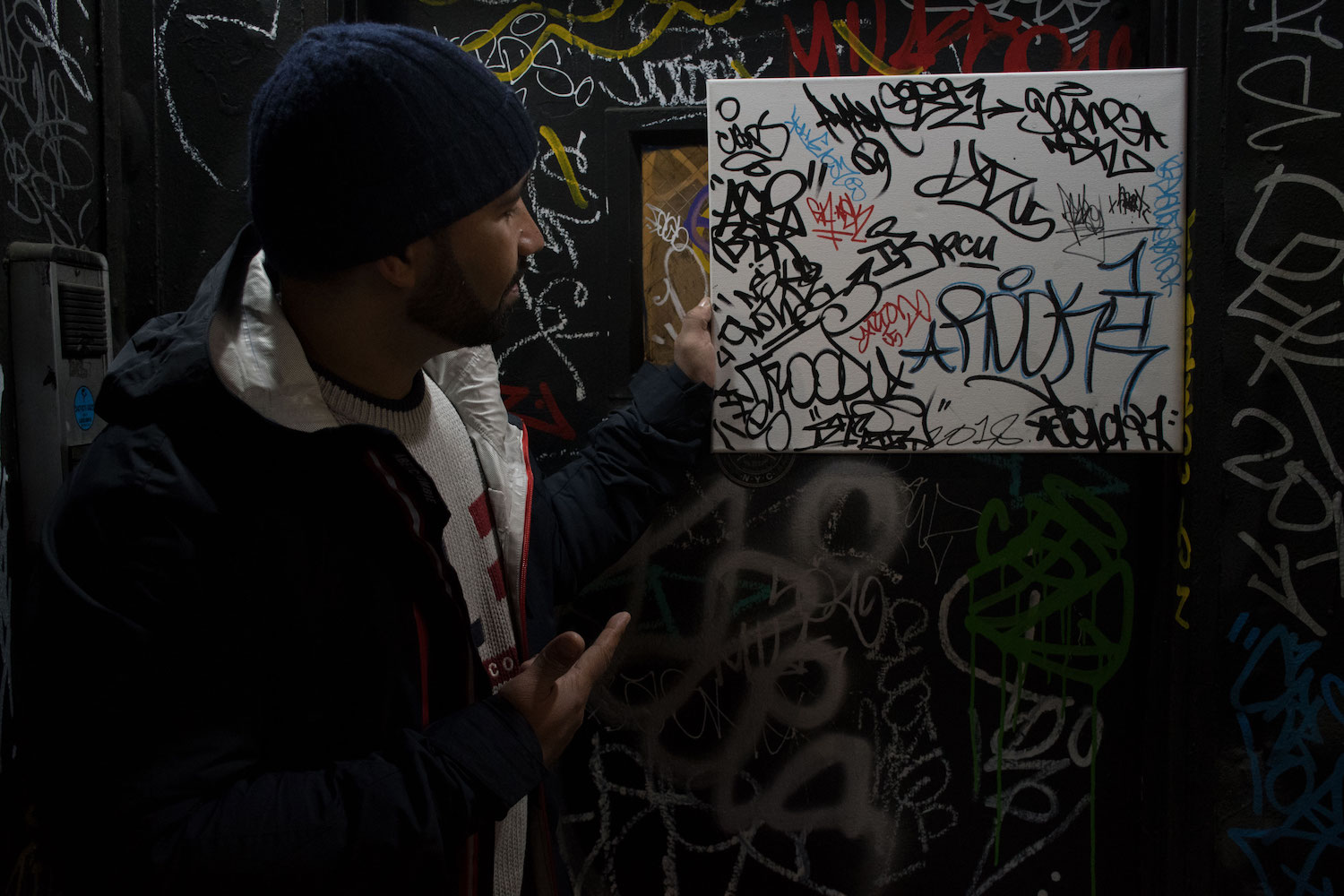 “We all want to paint on a wall because it’s great and fun. But what do they want to do with it?” Matos questioned. “What’s their purpose? The people that live down the street should benefit from it but instead they are being pushed out.”

Malik   stressed that Nooklyn never had any intention to help put street art up in order to make a neighborhood more appealing to renters. Although Malik said Bushwick’s art and culture is one reason why renters are attracted to the neighborhood, he also pointed out that it is  very close to the L train to Manhattan.

“It was more of the fact that we like street art, and if we help put it up, we’ll like the neighborhood we live in. That was Joe’s mission,” Malik said.

The prevalence of murals in Bushwick was even mentioned in the Bushwick Community Plan presented by the neighborhood’s city council members this September. The plan seeks to addresses Bushwick’s gentrification and includes recommendations, based on community feedback, for the future of the neighborhood. The community plan cites murals as one of the tools that could be used to help small businesses and provide art and cultural opportunities for local residents.

“I don’t see a relationship between gentrification and murals because murals have been here for so long and have been representative of the residents,” said Carlos Soto, the community liaison for city council member Ralph L. Espinal Jr, who represents Bushwick as one of the neighborhoods within District 37.

“Street art is a welcome mat for gentrification. The walls look brighter and nicer and make people feel comfortable,” Hops 1 said. “Do I play a part in it? I don’t think so because whatever I put up on the wall is what I’ve been doing for years.” 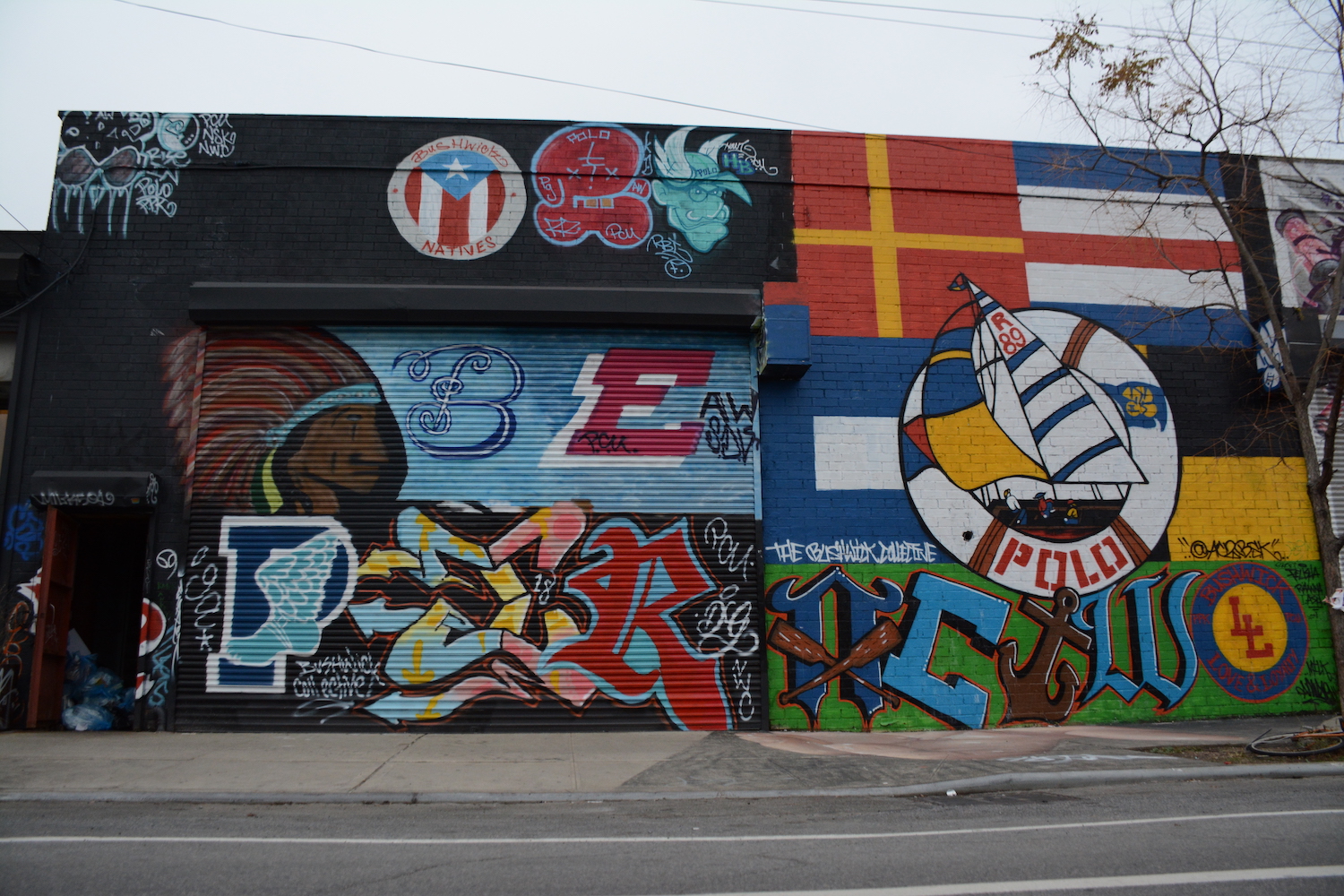 A mural for the Bushwick Collective by native Bushwick graffiti writers, OBE, IR ONE, and AC2. This mural is dedicated to the Bushwick ‘Lo-Lifes. A infamous New York City street gang that was known for shoplifting Polo Ralph Lauren.

A member of the graffiti crew TNS, Hops 1 started writing graffiti in 1985 on the elevated J train subway cars that rolled above Flushing Avenue. He said he learned how to use a spray paint can from doing memorial murals of residents who died in his neighborhood.

“So many of these street artists aren’t even from here. And if you aren’t from here, you have to respect the graffiti culture, and more importantly, the neighborhood,” Hops 1 said. “I’ve seen murals go up that has nothing to do with the area.”

Hops 1 said he had no problem with Ficalora or the Bushwick Collective. He said that Ficalora understood that his mural project was oversaturated with street art and that he has made more efforts to include some of the neighborhood’s graffiti writers into the mix. Ficalora did not respond for a comment on this story.

“I had a problem with them at one point but we talked it out. I see where he’s coming from and he sees where I’m coming from too,” Hops 1 said. “It’s like a landmark over there. But it still gets ragged by graffiti writers because they don’t respect the art. Yeah, it’s a beautiful painting, but what does it say to me?

Hops 1’s murals frequently address the issues of gentrification within his neighborhood. He said it is an issue that affects his life as an artist who holds two jobs and uses 75 percent of his paycheck to just pay for his rent and bills. One commissioned wall by Hops 1 is located off the corner of Broadway and Suydam Street. It is a mural dedicated to the New York City cartoonist and filmmaker Ralph Bakshi and features two of his characters, Fritz the Cat and Brother Rabbit.

“This mural shows how the old New York had character and how everything is generic now,” Hops 1 said. “That was my story and I was also respecting an animator from Brownsville, Brooklyn. Back when Brownsville was mainly Irish and Jewish.”

The mural features the Brooklyn skyline painted in a purple hue, an elevated train line cutting through old apartment buildings and, in the center of the piece, a spray can and 40-ounce malt liquor bottles scattered across the ground. Spray painted throughout the mural are little messages:

Story over slickness!
Save our streets!
Public graffiti art!
More than street art
One man’s trash is another man’s treasure.

“Everything changes,” Hops 1 said. “Those people who were originally living in Brownsville, their great grandkids are now moving back.” 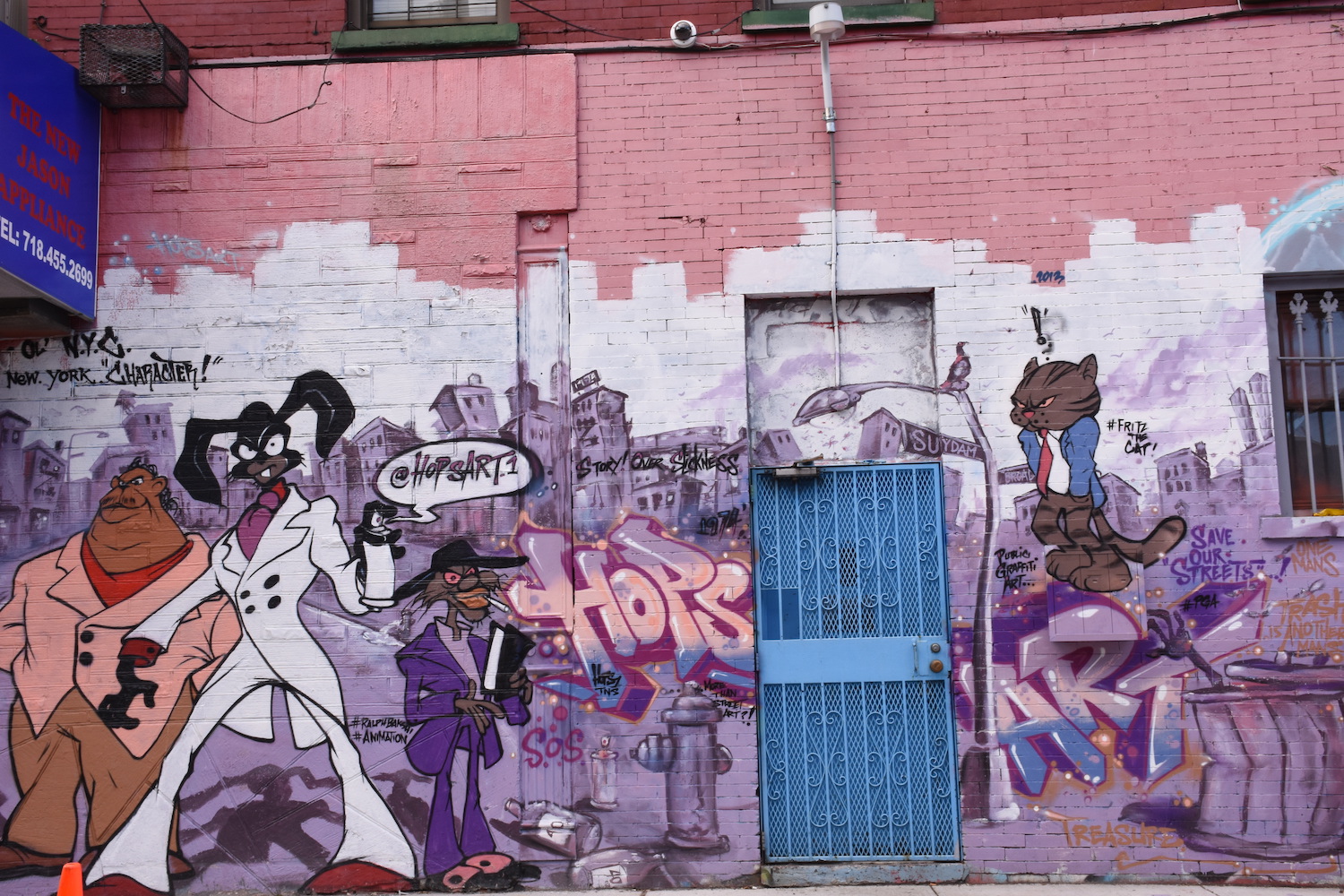